About the broker Network 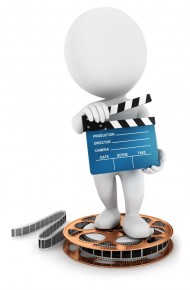 Choosing an insurance broker network is an important decision – you need to balance the various available propositions, the multiplicity of working practices and, perhaps, most crucially, just how transparent is the network about its whole raison d’être.

We reckon a network should not have distractions or any potential conflicts of interest. TEn act solely for and on behalf of our members. No ‘ifs’ or ‘buts’.

For us, it is absolutely our rule number one – the members’ clients belong to those members and nobody else. Also, we shall never seek to acquire any direct clients of our own. Well, apart from the local pub and a bloke called Phil, who’s a mate.

Oddly enough, this is a pretty rare commitment, although it really ought to be fairly fundamental for a broker network you’d have thought.

Additionally, TEn has achieved Charter Status, which speaks volumes about how seriously we take our business and, what’s more, our ethical approach further extends to the way we’re owned.

TEn started out with four shareholders back in 2004, we have included a few others over the years – and then, in 2013 – we established an Employee Benefits Trust, for it to become the majority shareholder as soon as possible.

Therefore, TEn is never going to be sold - nor sold out - to anybody outside of our staff or our network members – not ever. The Trust, generally known as TENT, will always hold at least 51% of the equity and the Trustees include normal employees.

This is why TEn plans to be here and thriving in 100 years’ time and beyond, because brokers are important to us.

In 1971 one of the founders of TEn decided to leave the employment of a large firm of brokers and set-up on his own, which he did from a back bedroom, after investing in a small quantity of stationery, a calculator and a fountain pen.

On his first Monday he started visiting insurer offices at one end of the Uxbridge Road in Ealing and, by the time he got to the other end, he had established a dozen agencies.

In those days, a lot of people did something similar, which is why - come the early 90s - there were more than 10,000 firms of brokers, compared to barely a quarter of that number today.

Of course, with such a huge explosion of enterprising brokers circa 1970, it was clearly inevitable that most them would either retire or expire at roughly the same time as well.

However, an industry that does not encourage regeneration, green shoots and new ideas is doomed to ultimate extinction; which is the direction insurance broking was headed before TEn arrived on the scene. A lot of consolidation and culling, but not a conception and re-birth.

By 2005, if you were one or two account execs working for a much bigger organisation than the one you had joined, it had become very difficult to talk to your friendly local insurance company office about an agency, because, generally speaking, that office wasn’t there any more.

By 2005 any new broker really needed to invest in IT that was rather more complicated and costly than some letterhead paper and pen. Having acquired the technology, it then requires thought about processes and deployment; not always a core competency for a couple of entrepreneurial insurance account execs.

By 2005 we also had FSA - subsequently FCA - regulation. Despite the many benefits this has brought to the industry, it does, alas, have some nasty side-effects – such as cost and delay - when it comes to start-up brokers; if they go down the route of direct authorisation from the outset.

That is why TEn was invented.

It is why we were the first broker network to focus upon the needs start-up brokers and why the Appointed Representative model is ideally suited to the start-up broker.

Ok, so TEn has made it a lot easier and quicker for people to set-up a new broker, but what does that leave the prospective start-up broker still to do?

Obviously, terminating your relationship with your former employer or network is always a good first step. It seems an obvious point, but over the years one or two people have omitted this stage of the process and it always ends in tears when that happens.

Next… you will need to establish a Limited Company or a Limited Liability Partnership. As your regulator - on behalf of the FCA - TEn has a responsibility to ensure that you remain creditworthy at all times and it is not possible to maintain a constant ‘credit watch’ on a sole trader, without ruining their personal credit rating at the same time.

Anyway, you will need to approach TEn at some point and you will generally have at least a couple of preliminary meetings with us, during which we shall ask you for CVs, business plans, completed application forms etc. We will then do various background investigation including criminal record checks and references as part of our due diligence.

Assuming you are ok sort of people, with sufficient experience and/or qualifications to run a broker, then we can exchange contracts. TEn will set-up your company or partnership on the FCA website and, finally, we get the principals of the business registered with the FCA as Approved Persons.

The whole process can take as little as a 4-6 weeks from first contact to trading, but normally it’s a little longer. Equally, it’s not unusual for prospective brokers to spend a year or more mulling over a decision in favour of independence. 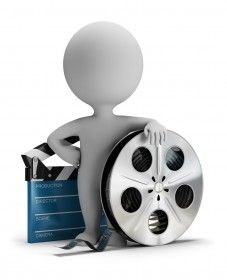 The costs of becoming a start-up broker are low, although one area in which some expenditure may be necessary is that of technology. Each person will need a decent PC or laptop and each location a capable printer/scanner.

On the subject of the scanner, we regard a scanner as being ‘capable’ if it allows you to load a document comprising a dozen pages at one end… and then produce a single PDF at the other.

Turning to your computer, we strongly recommend buying something in the middle to upper price bracket. There is no point getting the most expensive one in the store, simply because none of our applications need that much power. Equally, it is not a good idea to opt for the cheapest and the slowest machine.

If you are planning to use an existing PC - that may be ok - provided the version of Windows it runs is either the one currently sold with new machines, or the version before that. All applications used by TEn should, therefore, be supported.

In terms of basic productivity tools, such as an email client and a word processor, we require you to use a Business version of Microsoft Office. A Home version, or a Personal Version, or a Student version will lack some of the functionality you need and, apart from which, you would be breaching the licence agreement using any of these for business purposes.

Assuming you have an existing PC with Office already loaded, then the same rules apply to Office as they do to Windows; we can only guarantee support for the current version and the previous one. If, however, you are starting from scratch, then Office 365 is definitely the way to go. Rather than buying all of the applications, you simply rent them as part of a ‘cloud’ based service, plus they include applications such as Skype for Business and SharePoint, both of which we use.

Office 365 for businesses comes in a variety of flavours and at different pricing levels depending upon which one - a few package options - you go for. So, you may want to talk to us first and get some advice about which one to choose before taking the plunge.

Finally, when buying the domain name you want to use for your website or your email address, please ask us first from whom it is best to obtain it. This is not because we make any money from anybody one way or another, rather it’s because you will generally need our assistance when re-directing DNS records away from your domain name provider and towards Office 365.

That may sound a bit techie, but please believe us when we say… it’s all fairly simple when you have asked for our guidance first. Alternatively, you could talk to a brother-in-law - who is often an expert in these matters - and then see what happens!

If you lack anybody locally to help you with tech support, we can do it for you remotely at reasonable monthly cost.