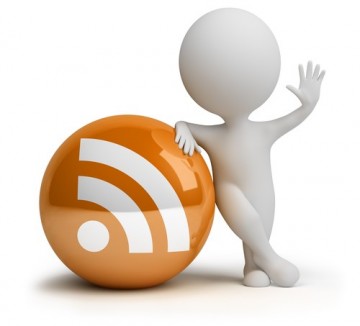 The History and Future of Networks, by James Sharp for Insurance Age - February 2020.

Following my years at Ten, you’d think I would jump at the chance of saying something about networks, however, my earlier piece on the state of the PI Market proved somewhat less taxing. I was but a canvas on to which knowledgeable brokers could daub their opinions.

This time I am tempered only by the advice of former colleagues, not to give away any bright ideas, not to say anything nice about anybody else and to avoid litigation at all costs.

I recall, back in 2004, one industry publication posed an important question with the following headline: “Are Networks Really Not-Works?”

This report followed the failure of two putative network propositions to gain traction beyond their vision to further convolute the processes betwixt broker and insurer. Examples of this phenomenon I have long described as Golf Club Networks, a concept I shall now explain.

Imagine, if you will, a Jaguar car dealership, in partnership with a local golf club. A deal is struck to offer all club members a 10% discount off their next Jag. Plus, a contribution into the coffers of the club committee with each transaction, despite said committee not doing very much.

On balance, this is probably a whizzo marketing idea for a Jaguar dealer. Whatever the value of the concession at the point of sale, there are subsequent charges for servicing as a result.

Better still, if a couple of weary golfers suffer a simultaneous driving malfunction in the car park following a visit to the 19th hole, then the dealer is suddenly quid’s-in for the repair work.

So, we begin to see the flaw with this model if applied to brokers within networks and when an insurance company assumes the role of the vehicle vendor. The servicing element of insurance products typically involve admin and claims. It goes without saying, any insurer would be unusually dim to walk into that one.

And yet, there must have been a time when something akin to Golf Club Networks existed, otherwise there would have been no basis for the definition. Also, following the Not-Works article, I removed the word ‘network’ from the text of the original Ten business plan. Indeed, that is how the name Ten Insurance Services came about, it was to be a broking services company and, emphatically, not a network.

Nonetheless, it wasn’t brokers from whom I was disguising our identity, it was the insurers. After they had become reticent about engaging with another network.

Suddenly and quite unreasonably, they were insisting upon networks adding value. And, if that were not enough, membership benefits would only ensue as a result of demonstrable cost savings to insurers in terms of administration overheads.

Now here we are 15 years later, presumably all of us compliant with the above criteria and perhaps, as a result, only two or three new networks have arisen ever since. Balancing this, one or two have disappeared or merged in the meantime.

Most networks now have some Start-Up broker programme, and a few are predominantly focused on the task. Nevertheless, the overall number of UK brokers diminishes every year, which, inevitably, must lead to fewer networks at some point in the future.

Marsh have recently announced the grouping of its three distinct networks under a common branding, Marsh Networks. As ‘Networks’ remains in the plural, I am not sure how much of a rationalisation this represents? Compass and Broker Network share the same Private Equity investor and yet they also remain separate.

Conversely, in Australia, a nation with a GDP $1 trillion below that of the UK, there are many more GI AR networks, because smaller Aussie brokers prefer to be regulated that way. These AR networks may in turn be members of - or owned by - Steadfast, which is the largest network of brokers in Australasia; and probably anywhere.

Steadfast equates in scale to most of the UK networks combined, owns 24 Underwriting Agencies and is listed on the Australian Stock Exchange. It is of a size and it enjoys an ownership model that feels sustainable.

By comparison, UK networks are either small private companies, owned by consolidators, by multi-national brokers, by venture capitalists or, in the case of my former company, an Employee Ownership Trust (EOT). I am not even sure that as a single element in the mix, an EOT is the entirety of a best solution.

Consequently, whilst being complimentary toward Australians is not something that comes easily to me, on this occasion, I think we may have things to learn from Down Under.