On the 4th July TEn celebrated its transition to Employee Ownership (EO) on what is, annually, National EO Day.  I was particularly grateful to be invited to go and speak about our decision to embrace EO elsewhere, otherwise I would doubtless have been required to adopt some form of silly American fancy dress; as did most of my colleagues!

The question is, why have we done it?

Following the purchase of Giles and Oval by Arthur J. Gallagher, one can sense a definite* fin de siècle* whiff as we draw close to the end of the consolidation era. Once again, we have a market comprising of bigger brokers, smaller ones and medium-sized brokers in between.

Twenty years ago it was possible to buy mailing lists of UK brokers that numbered about 12,000. And, even allowing for a few duplicates and so forth, it was generally accepted that there were around 10,000 to play with.

Today, there is some doubt about the number of brokers remaining, although around 3,000 seems to be the common consensus. So, where did the other 7,000 go? 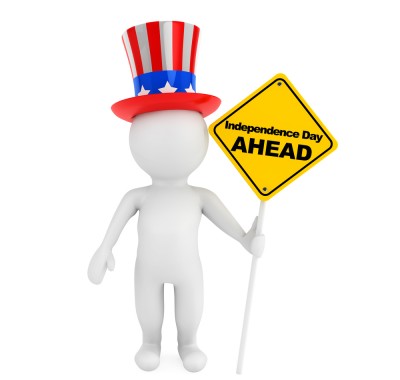 Unfortunately, in a lot of cases, the answer involves a villa in Spain which is no longer worth half what the retiring broker paid for it.

Over the decade following the late 1960s the number of UK provincial brokers expanded exponentially. Insurers that had previously handled the majority of their business directly sorted efficiencies by closing down hundreds of regional offices, only to see thousands of their former inspectors establish themselves as local brokers. No surprise then – given the abridged genesis of their creation – that this group should feel the need to cash-in at roughly the same time.

Consolidation thus became a compelling incentive for retiring owners of broking firms to realise their investment of 25+ years, often in the context of previously unimaginable income multiples. However, if the feeding frenzy is now drawing to a close, how will those approaching retirement be able to afford to drive off into an Iberian sunset?

It may require a mindset change, but continuity could prove attractive both for the next generation and for those seeking to capitalise on the value they have already contributed. For years, firms of solicitors and accountants have enabled younger partners to acquire shares over time, while those nearing retirement have gradually disposed of theirs.

In the context of insurance brokers, a different mechanism may be required but the end result is generally the same. Employee ownership is what I’m talking about. Given the longevity and on-going success of The John Lewis Partnership, for example, it is not a concept that should easily be dismissed.

It is a transformation that will become the best option for many over the next few years, as the founding directors and shareholders continue either retire or expire.

How does one commence upon this path? Well, what you do is stop bleating about ‘professionalism’ and ‘ethics’ and decide to live out the true meaning of the creed. Opt for the long term and think about your legacy and the sustainability of your business.

After all, the value of your life can be better assessed by the number of people who turn up to your funeral, rather than the multiple of earnings achieved when you sold your business. It is a personal choice for all of those who are owners – but you also need to be aware that there are alternatives.

Those other options are: an EOT (Employee Ownership Trust) and a SIP (Shareholder Investment Plan). TEn has decided on a combination of the two and, because it is a network, a membership element will be introduced during 2015. For most brokers, however, the first two should suffice.

The current owners, however, must accept that they will all sell as minority shareholders at a 40% discount compared to open market values; but no CGT either, 0%, provided a majority of shares are sold to the EOT.